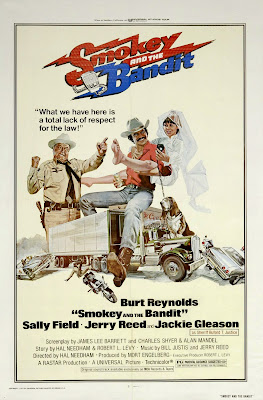 When Smokey and the Bandit came out in '77, I hadn't seen the movie advertised on TV. When somebody mentioned the title of the movie, I assumed it was about a bear and a raccoon. I had no idea it was about scofflaws and redneck sheriffs...
Posted by joe at 7/09/2013 05:46:00 AM