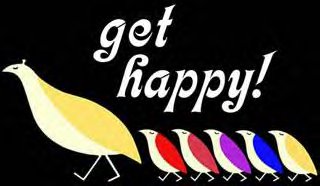 From 1970 to 1974, The Partridge Family was a friday night television staple for hundreds of thousands of kids (mostly girls). This show took off like a rocket, and as far as the girls were concerned, David Cassidy was the ultimate. This show came on at 8:30, following The Brady Bunch. I watched both but of course my fave was The Brady Bunch (Laurie Partridge was no match for Marcia Brady. I mean, please.....).

There were 5 kids on The Partridge Family: Keith, Laurie, Danny, Chris, and Tracy. Chris and Tracy, it seems, were never the subject of any of the story lines, either it was Keith, Laurie, Danny, or some traveling hippie chick the family would pick up heading to one of their gigs. In fact, even the mother never seemed to have a story focused around her. My favorites of the show were Danny and Reuben Kinkade (Reuben was the family's manager). I must admit I LOVED THAT BUS!!!! The bus that the family drove around in was SO cool.

At the time, The Partridge Family was so much more popular than the Brady Bunch, both with critics and the general public. But since they've both gone off the air, The Brady Bunch has a MUCH bigger following than the P-Family ever will.
Posted by joe at 2/12/2006 06:26:00 PM